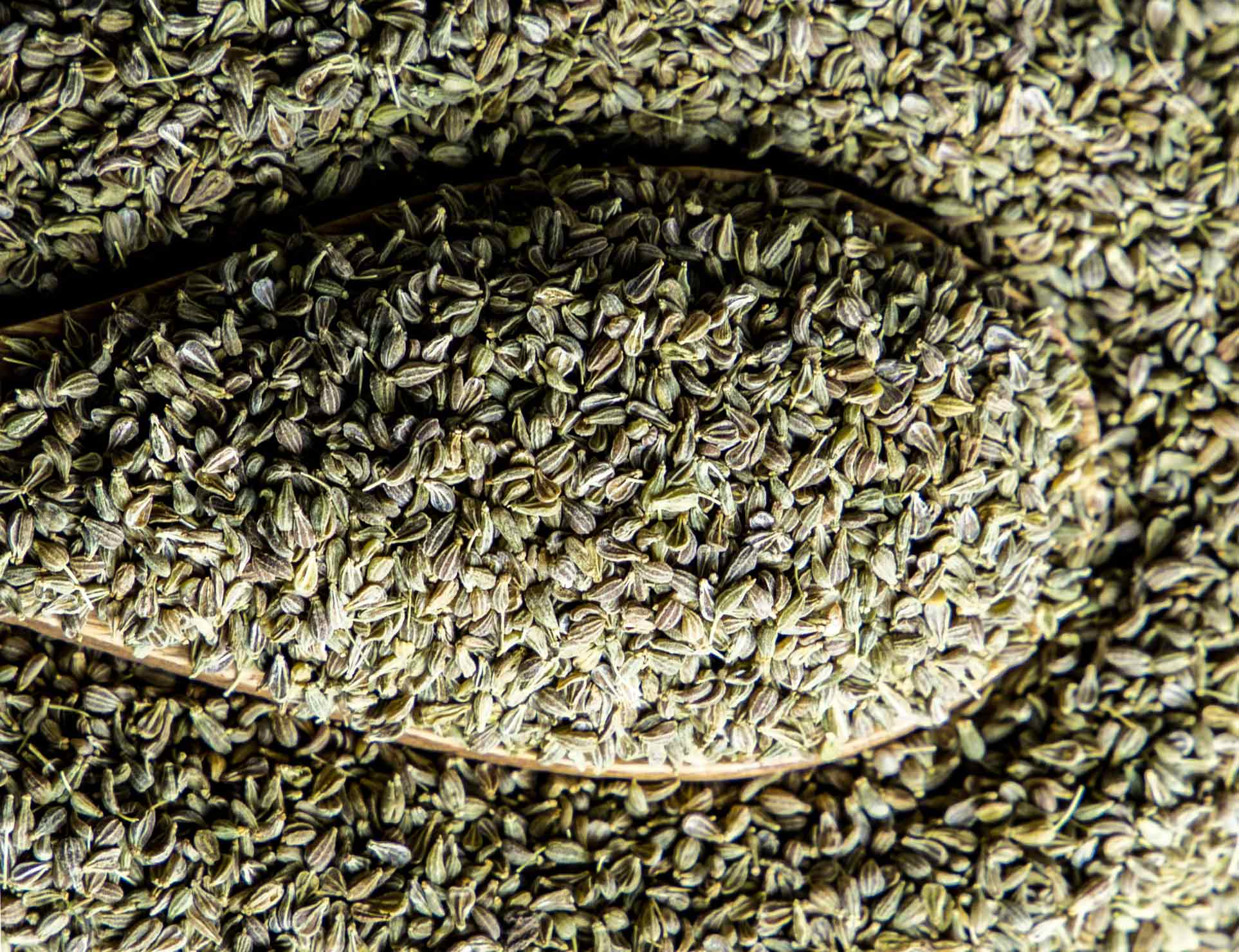 Name: Anise
Anise seed Botanical Name: Pimpinella Anisum
Family: Apiaceae
Common names:
The name of Anise was derived from The Greek “Anison” or “Anneson”, and the Latin “anisum.”. Then all European languages called it Anise. But The Medieval name “Pimpinella” is derived from the Latin name “dipinella,” meaning twice-pinnate or bi-pinnate in allusion to the form of the leaves.

Anise is considered an herbaceous plant that grows deep to more than 90 cm. its leaves exists at the plant base, and its length is 1-5 cm and shallowly lobed.
The shanked leaves are feathery pinnate, divided into numerous leaves. While the flowers are white and its length is 3cm produced in a dense hole. The fruit is a dry rectangular schizocarp, 3-6 mm long, usually called Aniseed.
Fresh leaves of Anises used in salad and soups, though the seeds are used for flavoring cookies, pastries, and confections.

The first place to grow Anise is Egypt and the Middle East, and then Europe brought it because of its medicinal values.
The best land to grow Pimpinella Anisum is in light, fertile, well-drained soil, and should warms the ground up in spring. The plants have a taproot so they do not transplant well after being established, therefore they should either be started in their final location or be transplanted while the seedlings are still small.

The health benefits of Anise seed:

1) Greeks used Anise for centuries as a food flavor, especially in dishes that have a touch of sweetness or a bit of spice.
2) Also, Greeks used Anise seeds as a cure for insomnia. And adding little honey to Anise in the morning freshen the breath.
3) In the other hand, Greeks used Anise to help enhance romance for lovers as it was known as an aphrodisiac.
4) In addition anise helps to relieve gas because it is carminative; it’s helpful for problems such as flatulence and colic. Also, it can help to reduce bloating that comes from gas.
5) Anise is an antispasmodic that can help to relieve the muscular cramping that causes pain in the digestive tract, it also relieve menstrual cramps, so if you are suffering from spasms from poor digestion, such as intestinal cramping, anise will relieve your problems.
6) Besides, Anise seeds help in stimulate pancreas which is responsible for regulating insulin and some hormones, so that risks of diabetes and other hormonal problem will decrease.
7) Bulk anise seed also are helpful in reducing cold flue and cough as it thins the mucous in your respiratory system.
8) On the other hand, anise has many ways to use, firstly you can add it in recipes you want, or drink it with tea, and you can even use the essential oils to treat your problems

Amazing use by Ancient Egyptians

Ancient Egyptians were among the first to use anise. They used it to treat bloating, diarrhea, mouthwash and urinary incontinence.
In addition they used anise oil to treat coughing; they also used seeds to increase the yield of milk if added to the feed of cows, sheep and goats.