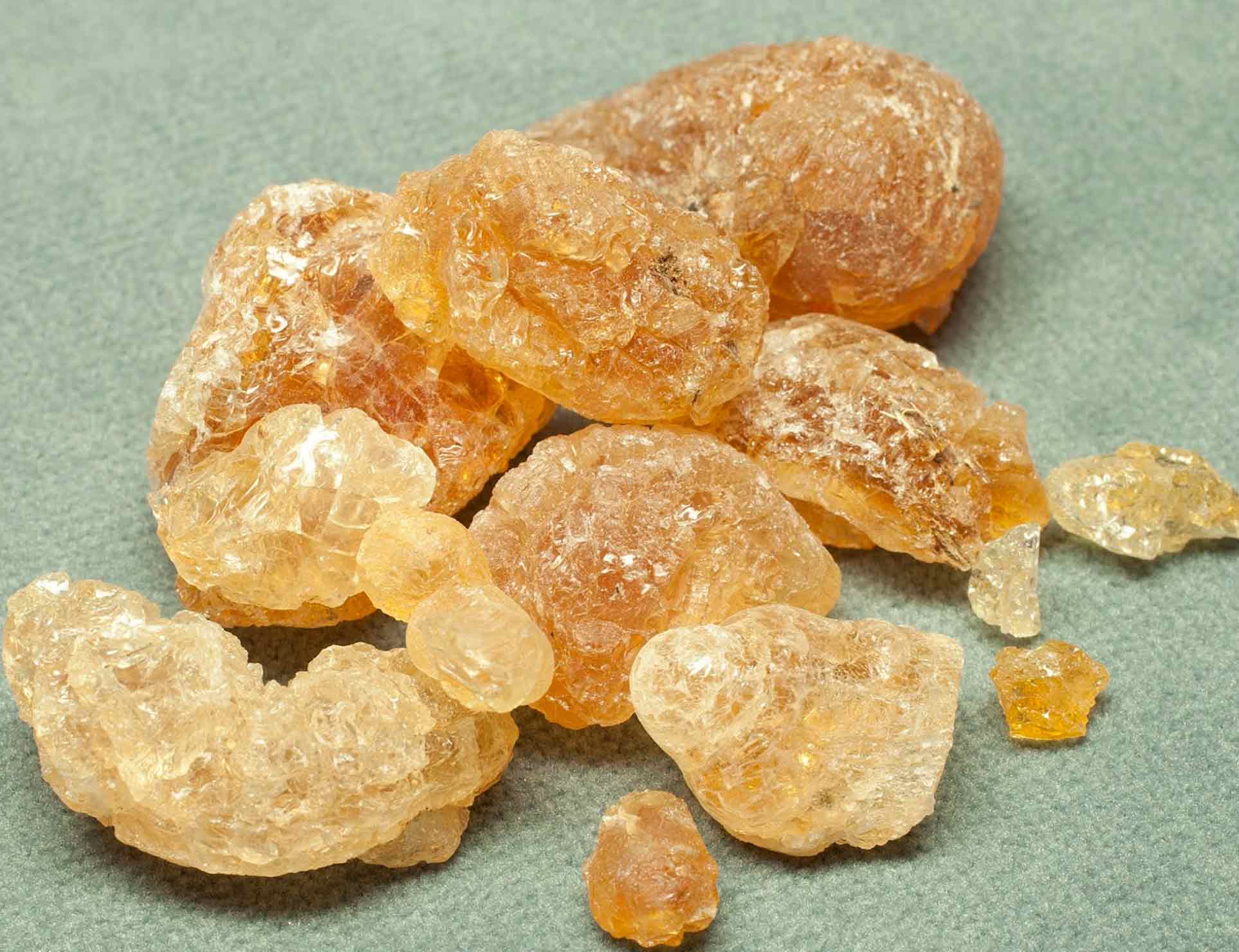 Gum Arabic which is also known as acacia gum is consisting of the hardened sap of acacia tree different species.
Originally, acacia gum was collected from Acacia nilotica which was called the “gum Arabic tree”. But today gum Arabic is predominantly collected from two related species, namely Acacia Senegal and Vachellia (Acacia) seyal.
The Arabic gum has been cultivated from wild tree in Arabia and West Asia, mostly from Sudan (80%) and throughout the Sahel, from Senegal to Somalia.
Acacia gum is a complicated blend of glycoproteins and polysaccharides, which is considered the original source of the sugars arabinose and ribose.

1) Acacia gum is used as a stabilizer in making some foods so it is edible and has E number E414.

2) Also Gum Arabic is a major component in traditional lithography.
Painters also using gam Arab in their painting, as glue, and in painting production.
3) Gum Arabic is adding to some manufacturing products such as cosmetics, viscosity control in inks and in textile industries.
4) Because of gum Arabic is safe for eating, it is an essential ingredient in soft drink syrup and “hard” gummy candies such as gumdrops, marshmallows, and M&M’s chocolate candies.
5) Artists also used gum Arabic as a binder in watercolor paints, and it is used as a binder in pyrotechnic compositions. Besides it is used in Pharmaceutical drugs.
6) Even the shoe polish contains Arabic gum.
7) It is also used as an adhesive on postage stamps, envelopes, and cigarette papers.

Ancient Egyptian used Arabic gum in much usage such as:
1- Against bloody urine
2- Against fever
3- for hemorrhoids
4- Acacia juice is described by mouth for neck inflammation and against the abdominal snake, hemorrhoids and epilepsy
5- Against epilepsy
6- Against cough and soothing to cold flue
7- Against tongue inflammation
8- Against ear infections
9- for adenomas
10- For abortion
11- Vaginal injection of uterine inflammation and constriction
12- Within the blister of the inflammation of the neck
13- An enema for inflammation of the bladder and anus
14- To relieve gastric irritation
15- To remove pain
16- To stop bleeding
17- For diarrhea
18- Used in tanning, perfumery and fat as a stabilizer
19- Arabic gum were used for mummification, and was found on the faces of mummies from the twentieth Dynasty
20- A piece of cloth with Arabic gum was also found on the face of the Amenhotep III mumm.