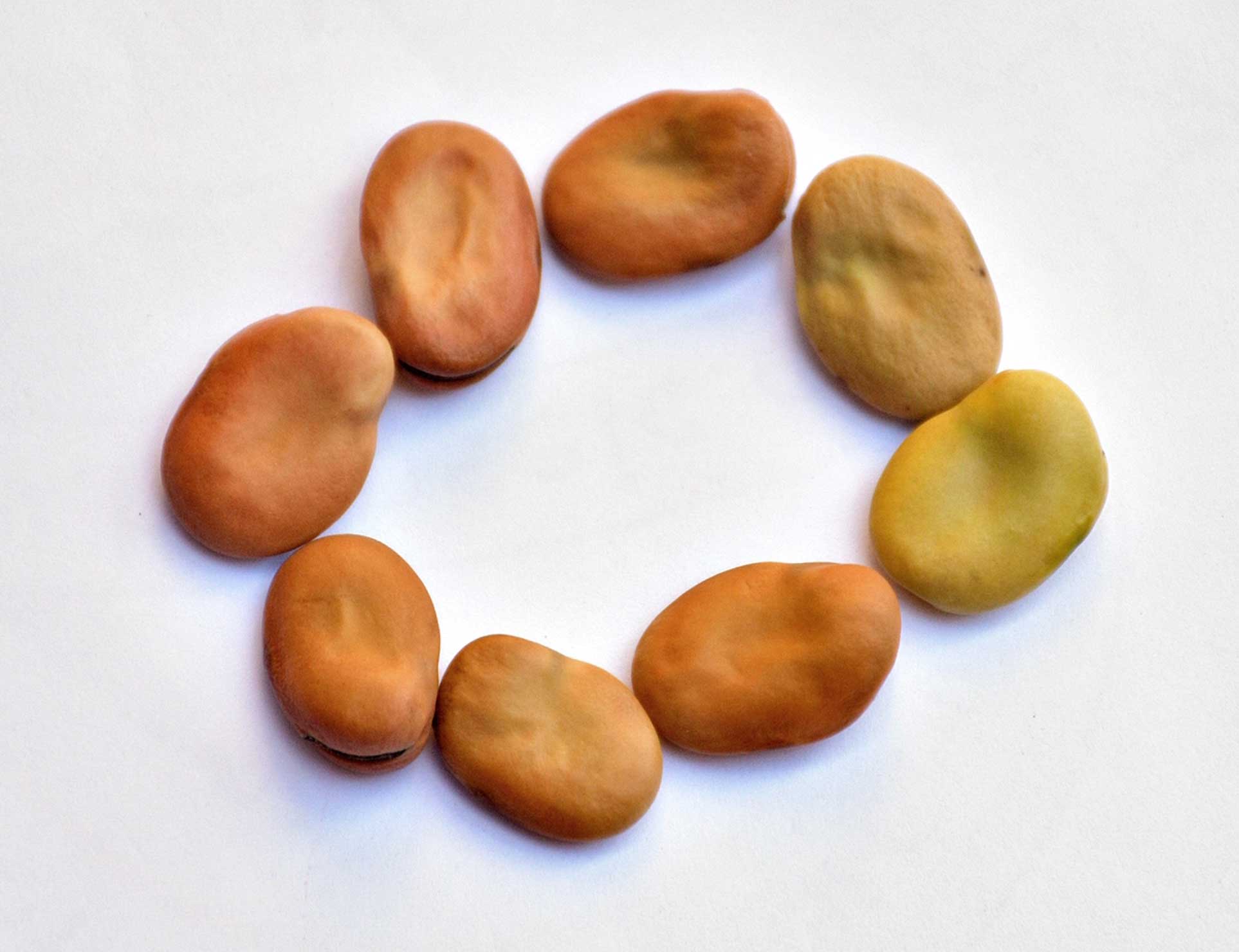 Vicia faba (faba beans) has many nutritious seeds and pods. Millions of people around the world are eating it.
Vicia faba which is also known as faba beans or broad bean, is backs to the legume family, Leguminosae (also known as Fabaceae) that is rich with of protein because of it is able to fix nitrogen from the air through a symbiotic relationship with bacteria housed in root nodules.
Vicia faba (faba beans) is a rigidly upstanding plant whereas its tall is 0.5-1.8m, with a strong rod of a square cross-section. The leaves color is distinct glaucous grey-green and varies between 10-25 cm long

Fava beans (Broad beans – faba beans) was the main dish for old Mediterranean civilizations, especially for the Romans and Ancient Greeks.
in China, Malaysia, Colombia, Peru (habas saladas), Guatemala (habas), Mexico (habas con chile), Gilan (North of Iran) and Thailand (where their name means “open-mouth nut”) they fry the beans till the skin becomes open ten put salt and/ or spice and it is considered there as a savory, crunchy snack
The fava beans (faba beans) is known in some Arab countries as ful medames and they eat it as breakfast

Fava beans (faba beans) are major in Latin American dishes, also in central Mexico; mashed fava beans are known as filling for many corn flour-based antojito snacks such as tlacoyos. In Colombia, it is used in vegetable soups. Many Latin countries consider dried and salted fava beans (faba beans) as snack
In Egypt Fava beans (Arabic: فول‎ ‎fūl pronounced [fuːl]) is a famous food and traditional dish in the Egyptian diet whether for rich and poor. They cook them in different ways may be shelled and then dried, they buy it dry and then cook it after add water to it in very low for several heat hours, etc. after that it is served with bread as breakfast after adding some spices like salt, cumin and oil to mashed cooked beans it is called ful medames . Not only the Egyptians eat Fava Beans but also they use it as an important ingredient of Falafel

1) Like other Beans, Broad beans have very high protein and energy, so around 100 g of beans contain 341 calories as well they also provide plentiful of health-benefiting antioxidants, vitamins, minerals, and plant sterols.
2) The beans are considered as a rich source of dietary fiber because 100 gm contains 66% of dietary fiber which helps to protect the colon mucosa by decreasing the time of its exposure to toxic substances besides through binding to cancer-causing chemicals in the colon it also reduces levels of blood cholesterol by decreasing re-absorption of cholesterol binding bile acids in the colon and it works also as laxative
3) Broad beans have rich phytonutrients like isoflavone and plant sterols. Isoflavone such as genistein and daidzein have been found to protect breast cancer in laboratory animals also Phytosterols, especially ß-sitosterol, are working to help to decrease cholesterol levels in the body
The Roman ate the Beans at the time of drought after mixed it with corn flour

The ancient Egyptian and Broad beans