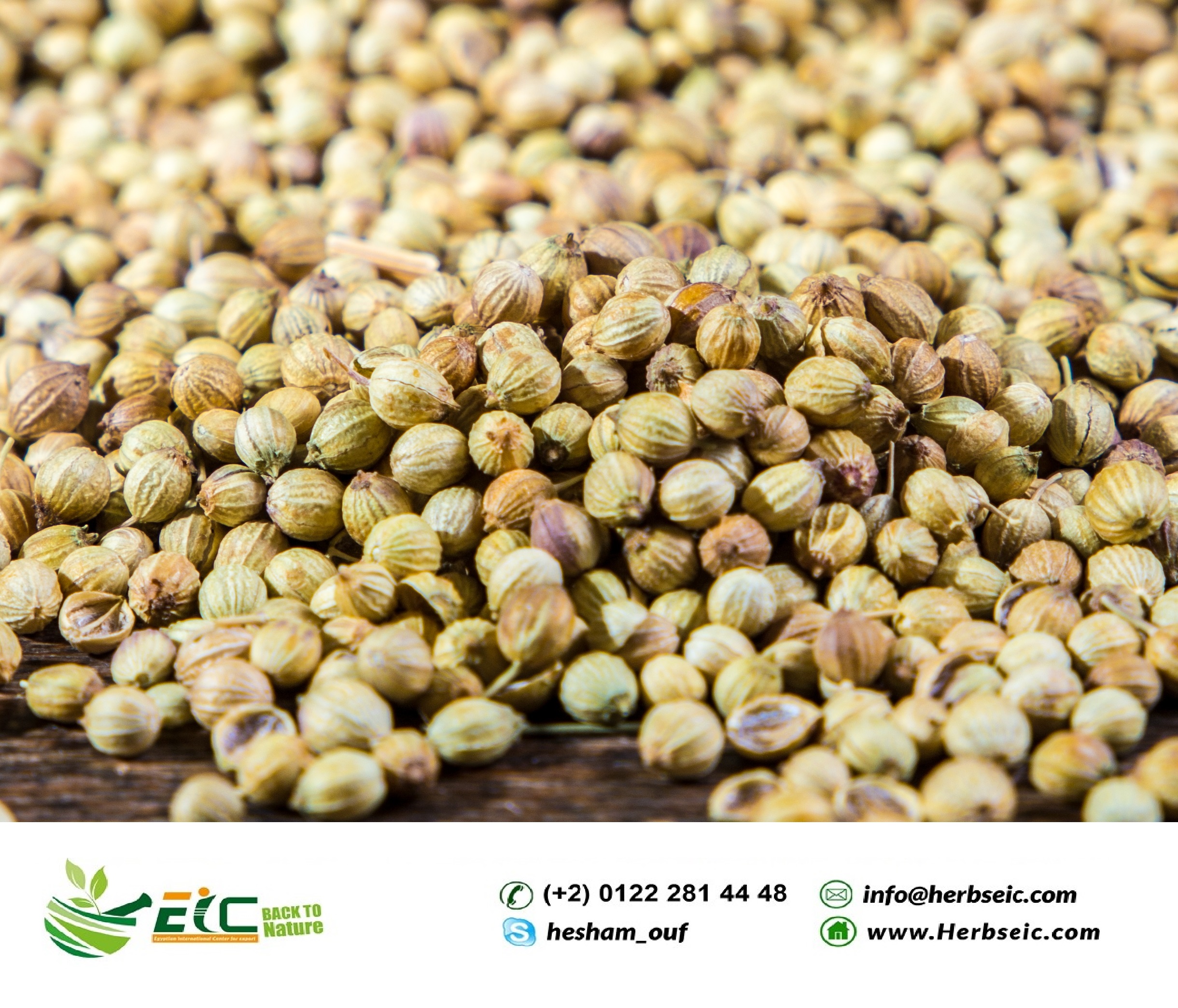 Coriander plant (Coriandrum sativum), which is also called cilantro, is an herb that is cultivated annually.

Coriander plantis backs to Apiaceae family, whereas you can eat all the parts of the plant.

Traditionally, dried seeds and fresh leaves are the post parts of Coriander plant that used in cooking.

Its tall reaches 50 cm, while the shape of the plant is differ in shape. On the flowering stem, the plant is slim and plumy. But on the plant base it lobed widely.

The flowers color is white or pale pink. They are growing up in small umbels in an asymmetrical way whereas the petals pointing away from the umbels center taller (5–6 mm) than those pointing towards it (1–3 mm tall only)

The ancient Egyptian was between the first who uses Coriander ( Coriander leaves / Coriander seeds). As it was found about half a liter (a pint) of coriander mericarps was at the tomb of Tutankhamen.

Bulk coriander seed is the name given to the dry fruits, as the word "coriander" in food making may refer solely as a spice to these Coriander seeds.

When you crush coriander seeds, it will have a flavor of lemony citrus.  It is substantive as spicy, nutty, orange-flavored and warm.

Widely, coriander seeds are used in grinding and mixing in the trade of spices. While Small fruit species are produced in temperate zones.

Leaves and seeds have different tastes, many around the world do not like coriander leaves taste because it is citrus overtones and they feel that it has unpleasant taste or a rank smell.

South Asian cousins like to add coriander leaves to their daily foods, in china and Thai, they adding them to as chutneys and salads, in salads in Russia and other CIS countries, and in Mexican cooking, especially in salsa and guacamole and as a garnish.

When you expose the leave to heat, its flavor decreases so that the leaves are added to the food just before serving.

Coriander leaves mess quickly when removed from the plant, and lose their aroma when dried or frozen.

Coriander seeds are able to decrease blood pressure levels; they are also able to modulate gut activity. Lowering blood pressure saves you from many deadly and serious risks such as clots and strokes.

Coriander leaves are able to cure digestive problems such as diarrhea that caused due to pathogenic bacteria, the reason for that is the leaves borneol chemical substance that is able to eliminate E.coli bacteria.

Researches has found that coriander leaves have an antioxidant activity. The reason for that is that they containing caffeic acid and chlorogenic acid that are able to hamper free radical that causes oxidation, particularly for skin.

Many scientists have proven that coriander leaves are able to fight cancer because they contain vitamin C, Vitamin E, beta carotene, ferulic, caffeic, kaempferol, and quercetin, which are able to reduce the oxidative stress risk because of cancer.