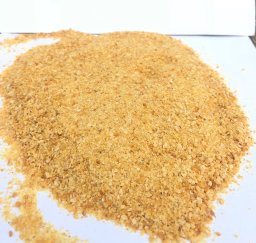 Garlic is one of the most useful plants which belong to the genus of onion. Its genus includes onion, shallot, leek, chive, and Chinese onion. Central Asia and north of Iran is the native region of the cultivation of garlic plant. It was also known for Ancient Egyptians since old times ago. The bulk dehydrated minced garlic has been used as a food flavoring and as a Medicine instead.

What are the culinary uses of garlic plant?

Due to its distinct pungent flavor, garlic has been used widely all over the world as seasoning or condiment.
The bulb of the garlic plant is divided into cloves which are used for kitchen consumption whether raw or cooked. They are also used for medicinal purposes.
The distinctive pungent and spicy flavor of garlic cloves mellows and sweetens by cooking.

What are the historical uses of garlic plant?

Chinese have used garlic for thousands of years.
Garlic plant has been used by ancient Greek and Roman soldiers, sailors, and rural classes.
Ancient Greeks have presented garlic plant on piles of stones at crossroads as a dinner for Hecate.
Ancient Egyptians have used garlic and onions as deities.
Pliny has written about the benefits of garlic plant in his natural history.
Thomas Sydenham has proved the value of garlic plant for the treatment of confluent in the 17th century.
In 1789, William Cullen has introduced some dropsies cured of garlic.
The use of garlic plant was not common in the traditional English cuisine but it was a much more common ingredient in Mediterranean Europe.

What are the health benefits of Dried Garlic?

Dried garlic (Allium sativum) is a natural remedy to keep heart healthy. It helps to equalize the blood circulation and low the blood pressure, triglycerides, and cholesterol. Also it reduces the smoking side effects.
We can use garlic as a cleanser for the skin against any skin diseases due to its antibacterial properties and capability of equalizing blood circulation.
Using garlic reduces the risk of several types of cancer due to its protective components such as sulfur.
Bulk dehydrated powder garlic helps to low down sugar levels in the blood in a way that stimulates the pancreas to generate the hormone of insulin which control the usage of sugar.

What is the value of garlic plant in the Ancient Ages?

Garlic plant (Allium sativum) was the amazing medicine that the ancient Egyptians worshiped. They added it in the inscriptions on the walls of the temples of the Pharaohs. They cultivated it during two periods of the year. The first period starts from mid-September to end of October, and the second starts from October to the end of November.

Old hieroglyphic Egyptian stories narrates that the builders of the pyramids were having garlic plant before work to keep their health strong.

In ancient Greece, the Greek athletes were eating raw garlic plant before participating in the competitions.

Roman soldiers were eating garlic plant before the fighting battles.

Abu Qarat “the Father of medicine” recommended eating garlic to protect against infection and contamination of wounds, leprosy and digestive disorders.

Garlic plant (Allium sativum) was mentioned in the heavenly books and mentioned once in the Holy Qur’an.

In the Middle Ages garlic was used to prevent plague. And people wear it as necklaces to expel demons and vampires.

In World War I, garlic plant was used to prevent gangrene.

This amazing plant has been used by those who are before us to treat ear infections, to treat or prevent heart disease and to combat cancer today. And treatment of tuberculosis with garlic plant has produced good results.

The famous biologist Louis Pasteur had examined the garlic effects by placing several garlic cloves in a dish filled with a bacterium farm. The world was surprised to discover that garlic had eliminated these harmful bacteria.

In 1950, Dr. Albert Schweitzer treated cholera, typhoid fever, and dysentery with garlic during his work in Africa.