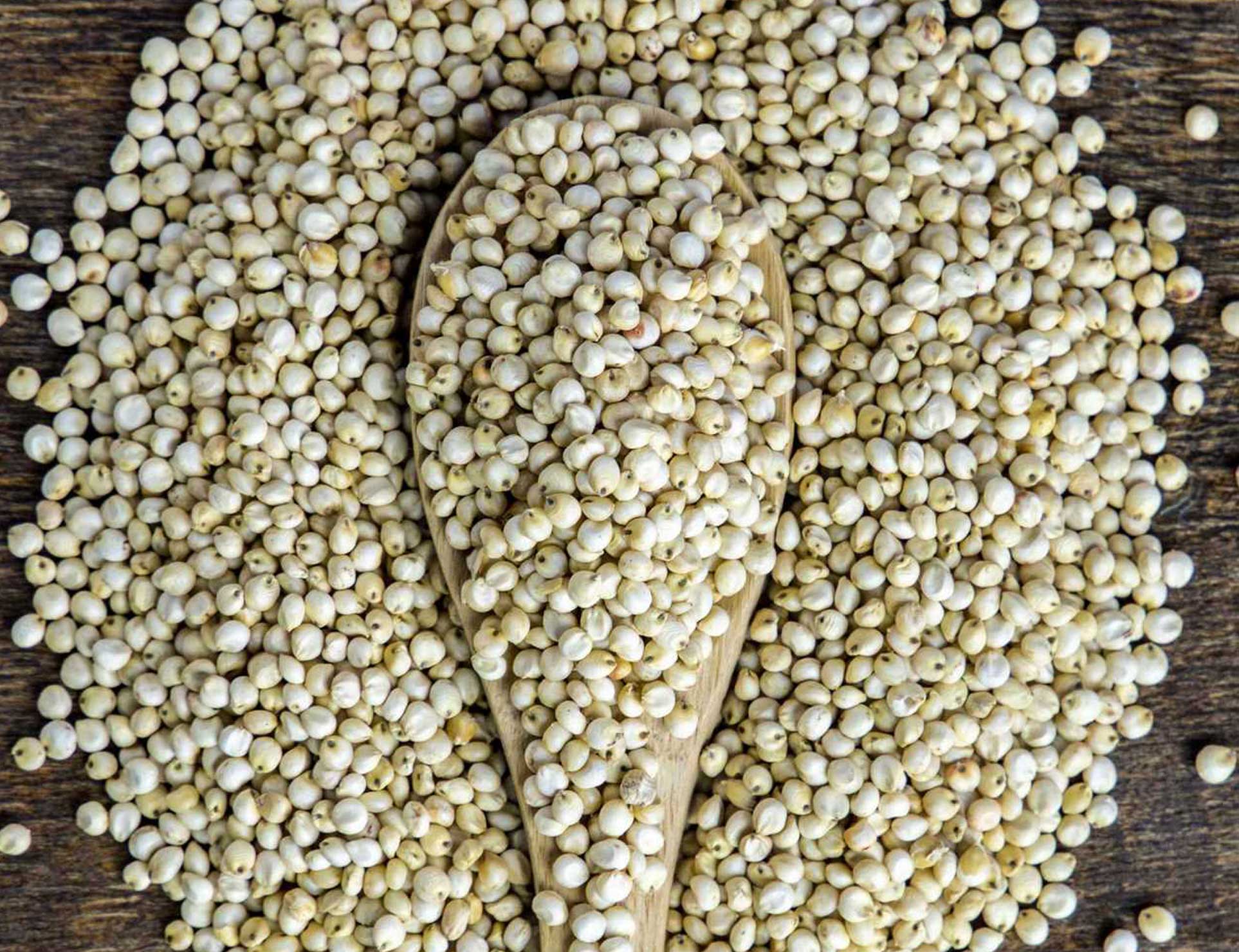 Sorghum is backed originally to Africa, although it is cultivated in various placed all over the world. Sorghum is considered a biofuels and a food for animals.

Sorghum is an ancient free of gluten grain, which is also Non-GMO. It is generally known as "the camel of crops", because it does not need much water and other natural resources during cultivation.

When we compare sorghum with corn, we find that sorghum needs few of nutrients and less water to get high yields.

Sorghum is considered a serious crop around the world; it has many colors such as yellow, red, white, burgundy, and black.

Sorghum can Gluten-containing substances, it enters in cooking and baking.

So sorghum is considered a very good alternative to peoples who follows Gluten free diet, it has a mouth feel of tender texture, fine and delicate. Besides it has nutritional advantages, because of the highly fibers it contains.

Sorghum is also considered the demotic feed crop that is used in the production system of the livestock, which producing large amounts of nourishment through the year warmer months. Sorghum is a source of feeding that is can be ranged, ensiled or entered strew.

Sorghum different kinds are drying-out and can be heated. It also considered a main plant in the arid zones as the grain is the main food for rural poor people. In many tropical regions, the varieties of sorghum kinds shape substantial ingredients of grazing. Sorghum bicolor is a main crop of food in Central America, Africa and south Asia, it also considered the fifth-most significant cereal crop cultivated around the world.

Sorghum is dynamic in turning solar energy to chemical energy.

Sweet sorghum is used for developing biofuel, because its stalk contains high sugar for the production of ethanol, with biomass that converted into syngas, charcoal and bio-oil.

Use Sorghum as intelligent solution for animals agricultural:

Around the world, animal agriculture is between the most significant markets for the production of sorghum.

Sorghum is entered in many industries such as dairy, beef, swine, and poultry. While the stalk, grain and leaves of sorghum are used in ingredients of different feeds.

For many reasons, sorghum is considered an intelligent option for the agriculture of animal. Not only is sorghum well suited to the inexpensive formula of feed portion, but it is readily available for feed.

The development and use of sorghum for use in animal agriculture continues.

The advantages of sorghum in the production of poultry:

Sorghum can be used as an essential ingredient in poultry feed portion. The raw protein digestion and amino acids in sorghum bicolor are convenient to similar grains.

The advantages of sorghum in the dairy production:

Forage crops such as sorghum, grain and the grain of dried distiller present a feature of lowering the cost of ration. Sorghum can be exchanged with any other dairy ration grain without any contrast in the intake of dry matter, the percent of milk fat, milk yield, and breeding worth.

The advantages of sorghum in the production of beef:

Grain and forage sorghum have a history of long-standing in the production of cattle and a good appropriate as a dependable component in the ration of feed. Studies show that sorghum contains a production of similar performance to similar grain when it processed in a correct way. Also, sorghum has a content of analogous energy.

Sorghum is considered a really old grain. It is found in archeological place of Natba playa in the western desert at the south of Egypt backed to 8000 B.C.E as Dahlberg and Wasylikowa (1996) reported.