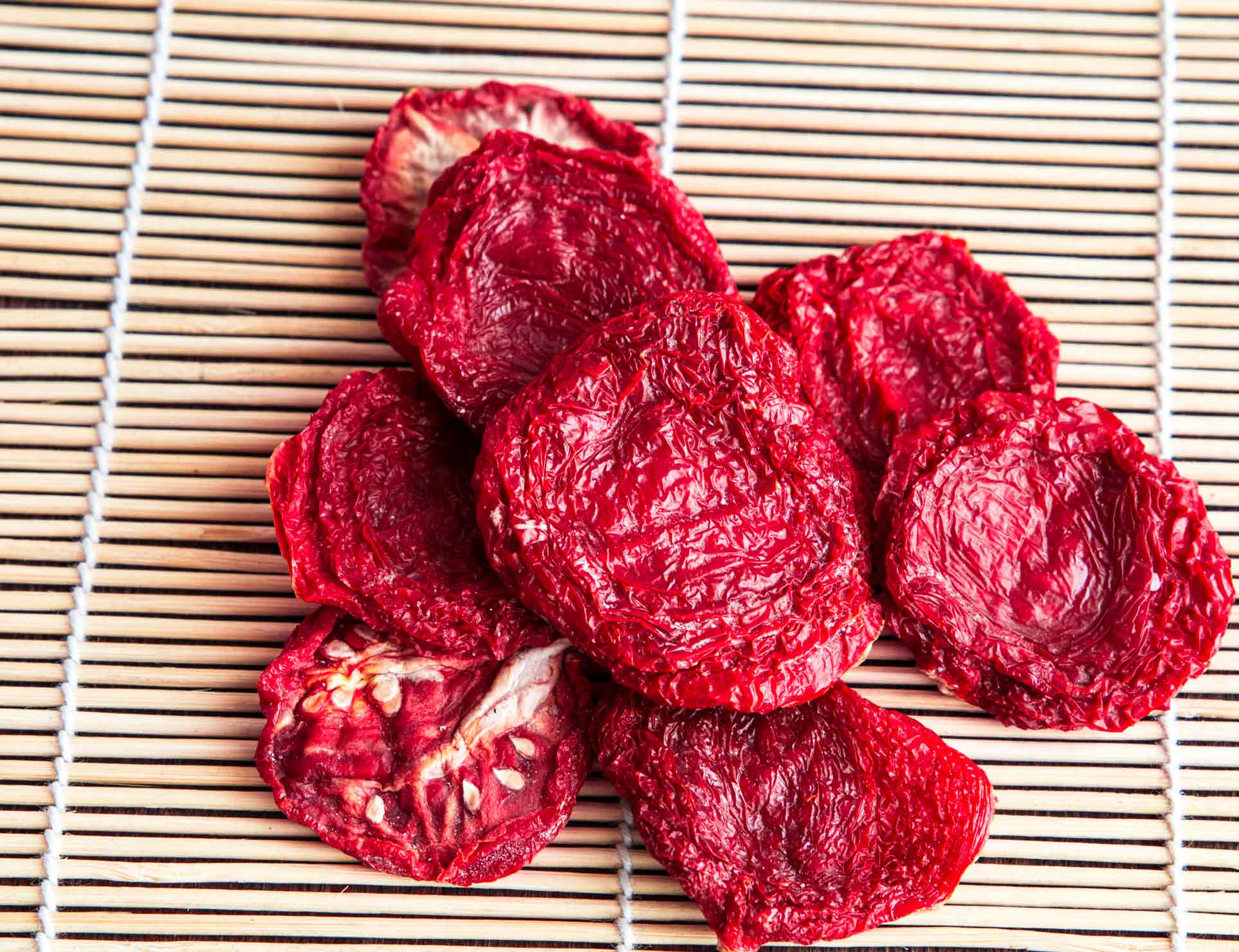 Tomatoes were sundried when its water fortified and become ripe after stay a long time of drying in the sun.
In order to get a good quality, Bulk Sun dried tomatoes were usually treated with salt or sulfur dioxide before putting in the sun. To complete the procedure of sun dried, the tomatoes spend between 4-10 days in the sun. Types of cherry tomatoes will lose 88% of their beginning weight (fresh), whereas the tomatoes of large types can lose up to 93% through the procedure. Consequently, 8-14 kilograms of fresh tomatoes / tomato plant turned to one kilogram of sun dried tomatoes.
After the process, the tomatoes do not lose their nutritional value. Tomatoes / tomato plant  are rich with antioxidants, lycopene, and C vitamin. The last product has salt between 2-6%, and can grant the needed daily intake. Sun Dried Tomatoes / tomato plant added to many food recipes and have different shape and colors. In tradition way, dried Tomatoes were getting from tomatoes of red plum, but they always bought from yellow kinds.
Sun Dried Tomatoes also can keep in oil of olives beside other components like basil, Rosemary, garlic and dried paprika.
Sun Dried Tomatoes / tomato plant contain a good flavor more than the fresh tomatoes, besides additives or preservatives of extra flavoring.

The history of Sun Dried Tomatoes:

In order to save the fruit, tomatoes / tomato plant were always dried or salted. Evaporation of moisture from tomatoes and salting it (such as plurality of food) postpone the decomposition process. Ripe tomatoes drying give nutrition values to it in winter when producing fresh tomatoes are possible. But it is unclear the true origin of sun dried tomatoes.
Aztecs around 700 AD is well-known by sun drying and salting tomatoes / tomato plant to stay fresh. Italians also in the summer were sun-drying tomatoes on the top of their roofs of ceramic. In US dried tomatoes were known between a1880s and 1990s. They added it to salads and pasta, it become a trend but lose its popularity by the end of 1990s.

Can protect from cancer because of lycopene it contains.
Protect our sight because of Lutein and Zeaxanthin it contains.
Can take care of our immune system because it got copper.
Contain more potassium per part more than banana.
It contains manganese that is important for detoxing our bones and liver.