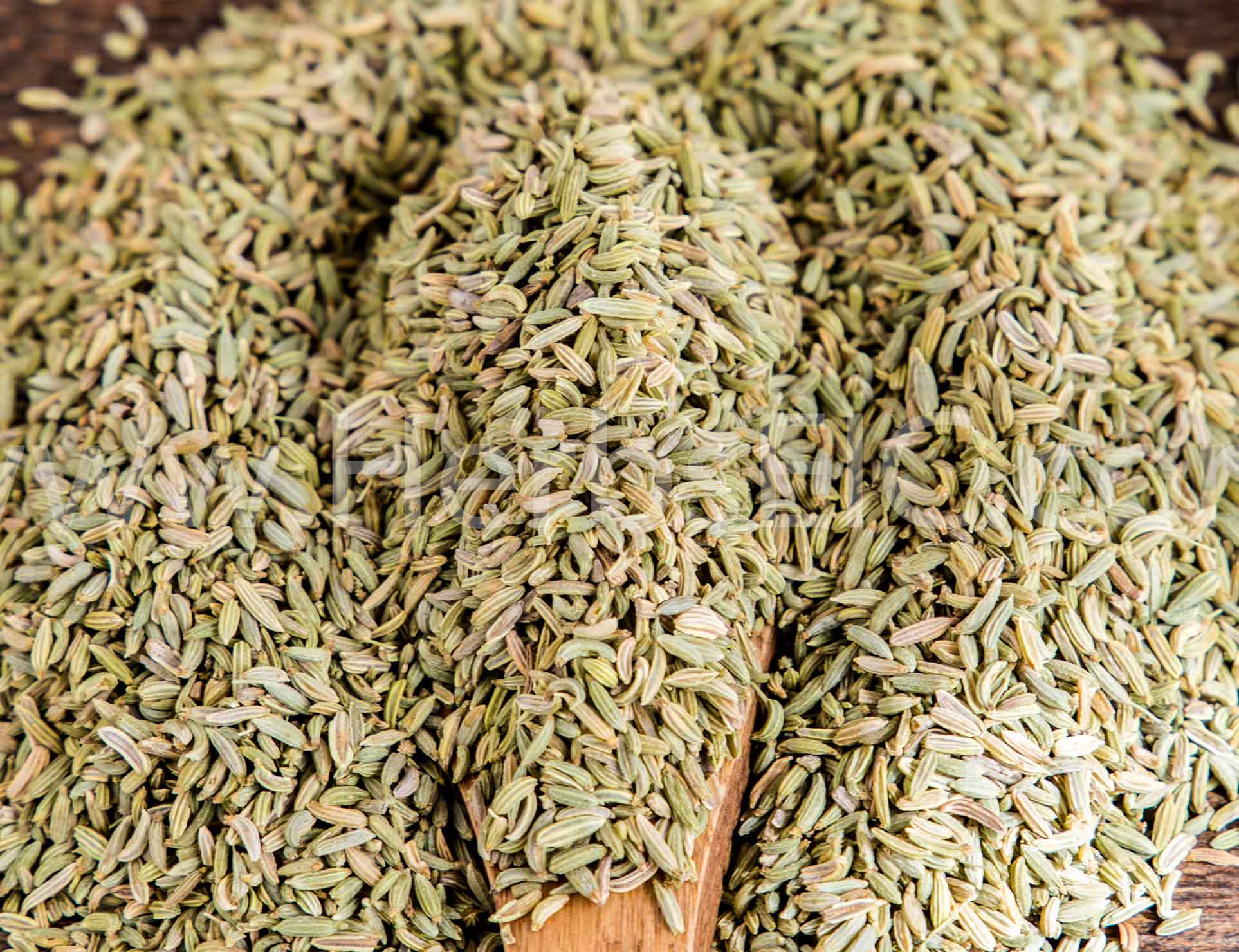 If you’re fond of using herbs in your food and drink as flavors or as a natural medicine, Let’s present to you one the most useful herbaceous plants:

What does the word fennel mean?

The word fennel was derived from the old English words “fenol” or “finol” and evolved from the Middle English “fenel” or “fenyl” which come originally from the Latin word “feniculum” or “foeniculum”. And the diminutive of the word “fenum” or “faenum” means hay.
Bulk Fennel seeds are also known as (fennel, finocchio, sweet fennel, wild fennel, saunf).

According to fennel seed manufacturer, Fennel is a kind of herbaceous perennial plant with yellow flowers, feathery green leaves, and inflated stem base (the bulb). It has thick, bright green, smooth and perennial roots with height of 120 to 150cm or more in erect and cylindrical form. And it has oblong, dorsally compressed, and ribbed seeds. Fennel is one kind of Apiaceae plants.
Fennel grows originally on the shores of the Mediterranean and now spreads throughout Europe, Asia and North America. It also grows in many parts of the world, particularly on dry soils near the sea-coast and on riverbanks. The fennel bright yellow flowers bloom in July and August.

What is the nutritional value of fennel seeds?

What are the uses of fennel?

You can use all the parts of the fennel herb in many cooking traditions. The most effective part is the fennel flowers which are known as pollen but it is so expensive for its distinctive uses.
The fennel seeds can be used for cooking whether fresh or dried as an aromatic anise flavored spice.
The leaves of fennel have a strong distinctive flavor resembling a dill plant that can be added to salads, flavor sauces, soups and fish sauce.
The bulb of fennel can be used as vegetables. You can eat it raw, grilled, stewed or braised.

What are the Health Benefits of fennel?

1) Fennel makes your bone more strength and health. Because it contains about 115 mg of calcium that help to form and strength the bones of the human body
2) Fennel makes your skin more health. It helps to maintain the skin health because it contains a high percentage of vitamin C that can reduce the free radical damage that can lead to premature aging and can help to form collagen and protect skin’s appearance.
3) Fennel contains many antioxidants.
4) Fennel has the power to low the blood pressure and inflammation. Because it contains high percent of potassium and low percent of sodium, that prevents high blood pressure.
5) The fennel has anti-bacterial, viral and fungal effects.
6) Fennel’s oil may be used in perfumes.
7) Fennel can be used as a dwelling for epilepsy through the mouth.
8) Fennel is one of the contents of the suppositories used to treat inflammation of the anus.
9) Fennel can be used to relieve stomach pain and expel intestinal gases.
10) A boiled drink of fennel seeds is used in colds.

All these benefits and uses make the fennel plant distinct and unique so please feel free to contact us to get the benefit of this herb, improve your food taste and replace the medical ways of treatment with natural ones.