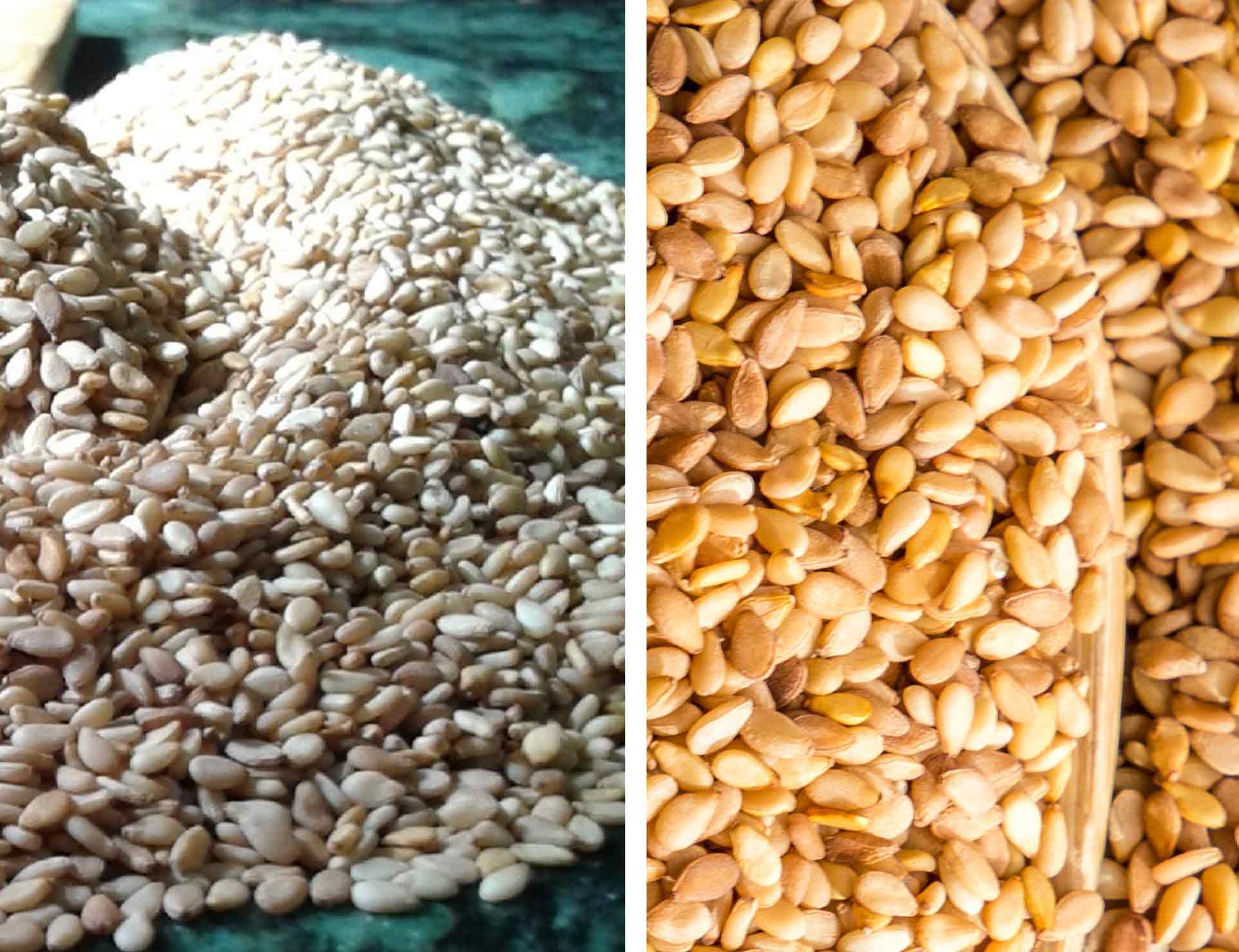 What is the Sesame?

The origin of the word Sesame is the Latin word “sesame” or Greek “sesamon” which derived from the Arabic word “semsem”. All these words produced many words having generalized meaning like “oil and liquid fat”.

Sesame is one of the flowering plants which belong to the genus of sesamum or benne. The plant of sesame is cultivated in many regions all over the world. In Africa, there are numerous wild plants of sesame and there is a small number in India. The edible seed of sesame is the main part of this plant which grows in pods or “buns”.

People have cultivated the plant of sesame since 3000 years ago. It had a great importance as one of the oldest oilseed crops.

The sesame seeds have the highest level of oil contents. And due to its distinctive flavor it became a common component in kitchens all over the world.

What are the origins of the sesame plant?

Human knew the sesame seed since the ancient times as it was the oldest oilseed crop. There are many species of sesame genus and most of them are wild. Sub-Saharan Africa is the native nation of these wild species.

Researches proved that the charred remains of sesame that discovered in the archeological excavations have been dated to 3500-3050 BC. There are claims about trading of sesame between Mesopotamia and Indian sub-continent by 2000BC. Other reports mention that Ancient Egyptians have cultivated sesame during the Ptolemiac age and others refer to the new kingdom.

Sesame has been mentioned in records from Babylon and Assyria that dated by 4000 years. It was called as “sesemt” in the Ancient Egyptian times and mentioned with this name in the scrolls of the Ebers Papyrus which dated to be over 3600 years old.

Sesame cultivation was preferable to other crops because it is a strong crop that needs little agricultural support and has the potential to grow in areas that do not support other crop growth. So that sesame was called a survivor crop.

The plant of sesame has small seeds. The size, form and color of these seeds are different in each species. Sesame seeds are about 3 to 4 mm long, by 2 mm wide and 1 mm thick.

The trade of sesame seed all over the world:

Sesame seeds occupy a high position as a commercial commodity because of its many advantages and benefits. Many countries all over the world are interested in importing sesame, such as:

Japan: It is the largest importer for sesame in the world. Japanese use the sesame oil as a main component in their cooking.

China: It is the second largest importer of sesame in the world which imports mostly oil grade.

United States, Canada, the Netherlands, Turkey, and France are other major importers.

What is the nutritional value of sesame?

Sesame seeds are rich in several B vitamins and dietary minerals such as iron, magnesium, calcium, phosphorus, and zinc.

The by-product which remains after the extraction of sesame oil is rich in (35-50%) protein so that we can use it for poultry and livestock as a feed.

What are the benefits of sesame seeds?

Sesame seeds and sesame oil help to low cholesterol due to its phytoestrogen activity and its powerful cholesterol-lowering effects.

Sesame seeds may work to protect the health of the heart. Its lignans help to improve lipid profiles, normalize cholesterol and blood pressure, and low the levels of serum blood and liver cholesterol.

Sesame cultivation has been known in Egypt since the Greek era. And its factories spread in the Coptic era and were used in the manufacture of perfumes, cosmetics and medical drugs.